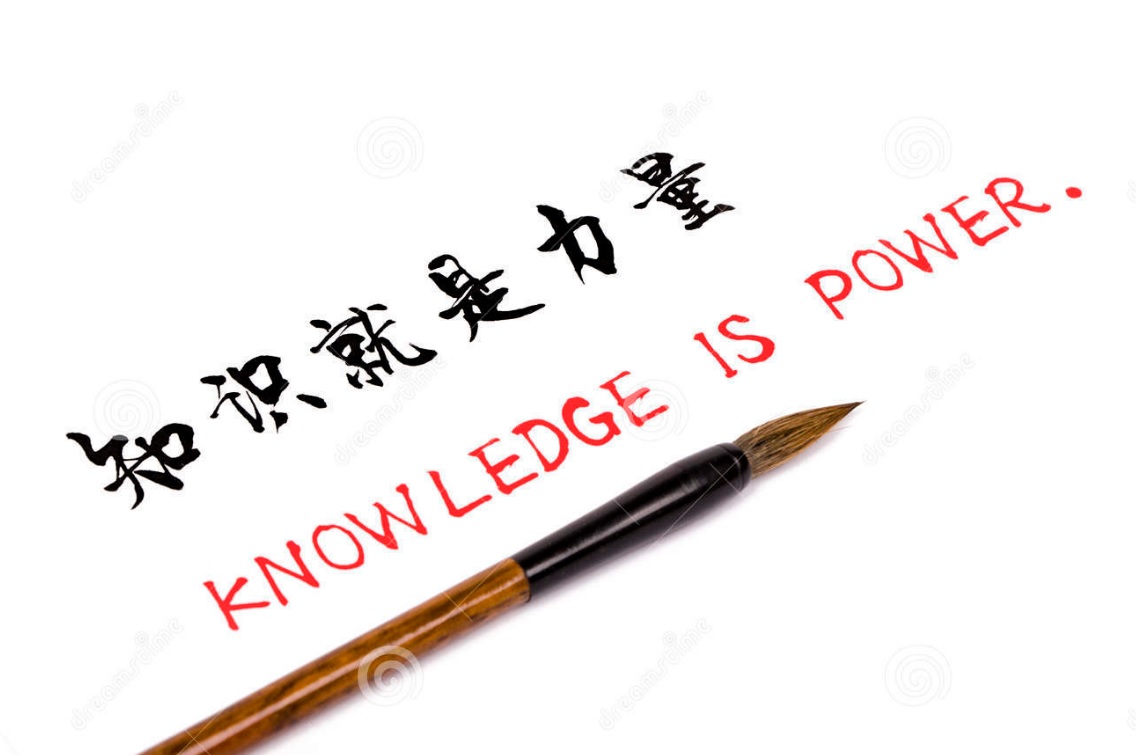 It’s all an Illusion

Once you break free of our socially-accepted consensus reality you will come to the understanding that nothing is solid. Nobel Prize winning physicists have scientifically proven that our physical world is a sea of energy that flashes into and out of being in milliseconds, over and over again.  Physicality is actually composed of pure Consciousness in motion.  Everything you see is in your head and a lot of it is in your imagination.  You are playing the equivalent of a virtual reality game and your life is a living hologram.  You will wake up someday from this game and realize that you have been dreaming.  You are a spiritual being having a human experience, walking within the confines of Three-dimensional time & space, where everything appears linear.  You are experiencing polarity.  Your life here is an illusion.

Our physical senses pick up very little of what really exists around us.  All matter is energy that is in a continuous flux.  Out of this dancing spiral motion of energy, consensus reality defines what we see, hear and experience.  This definition has created our 3D reality, yet other dimensions do exist outside of what we can physically experience.  Miracles can happen when we learn to transcend the definitions that consensus reality has limited us to.  What may appear to be magic is really the application of Universal Truths (Laws of Creation) which consensus reality has blocked out of our DNA memory banks. 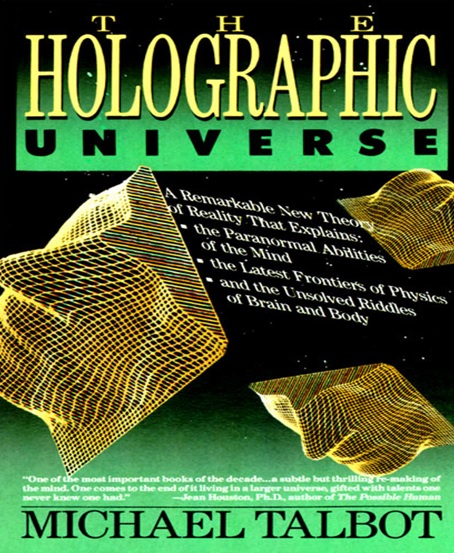 Michael Talbot’s book, entitled “Holographic Universe”, breaks down how what we think we are seeing is actually an illusion, a mind trick of the brain.  Our 3D (third-dimensional) world is actually just a waveform that our socially-accepted consensus reality, the collective experience, on Earth has tuned into, akin to a radio channel.  There are many channels on the radio dial and similarly there exists other dimensions of life which other beings in our multi-universe have tuned into as their consensus reality.  Anyone who has personally experienced paranormal activity has, in a sense, tuned into another channel on the other side of what we would consider to be our 3D physical reality on Planet Earth.

Real vision comes from the Pineal Gland, our 3rd Eye, which is the gateway to Higher Consciousness.  This sacred gland is our connecting station to the Holographic Universe.  It is our personal vehicle to literally travel throughout time & space, if only we are able to master its super advanced technology. The Pineal Gland is our antenna to Higher Consciousness.  Everyone has one; few know how to intuitively tune into its magical transcending powers.

True “knowledge of self” is bearing its truths and we are beginning to realize that these truths can manifest in our own individual lives.  Case in point; human life is a wave form and as crazy as it may sound, we flicker in and out of our human form thousands of times per second as all wave forms do.  We are not all physically here even though it looks like we are.  We exist on multiple levels, and on an infinite number of parallel realities, on various dimensions, possibly all within the same timeframe.  Quantum Mechanics has proved that an entire atom can simultaneously exist in two widely separated places at the same time.

We also share one universal mind, through which, one can astro-project and travel outside one’s physical body.  This means that we have the ability to simultaneously witness, in the spirit world, remote locations & events that occur outside of our immediate surroundings, the room or place in which we are presently occupying with our physical body.

Time is another false illusion created by our consensus reality.  The Max Planck Institute of Quantum Optics, in Germany, has demonstrated that time may not exist at the most fundamental level of physical reality.  So what may appear as being linear (beginning, middle & end) is actually circular, happening all at the same time, at this very moment, in the now, on various dimensions in the cosmos.  We have the ability to time jump and change the past, present & future via the actions we take right now.

Tap into your Highest Excitement

An important lesson in life is to “follow our Highest excitement” in everything we do.  This is a profound statement and it’s very simple to apply, but only possible if we learn to tap intuitively into our own creative intelligence which comes from the Heart and directed via our Higher self on the Higher planes on universal existence. 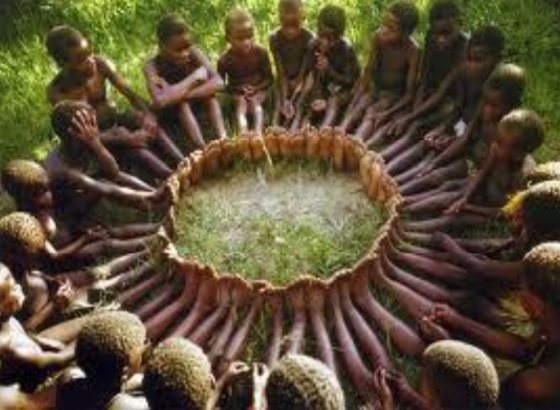 We must align ourselves with that which brings us our Highest joy and Highest sense of pleasure, while maintaining Peace & Harmony on the planet.  Hidden in all of us is the innate ability to organize our immediate environment & surroundings in accordance with our Highest goals & expectations.  On top of that, this is done with pinpoint laser accuracy, at the Highest level of efficiency.  When we master this, we become masters of our own destiny and Co-Creators with the Infinite Creator, which many Native Americans refer to as “The Great Mystery”.

Take charge of your DNA

Our DNA resonates & creates via the intelligent energy of the Infinite Creator; The Great Mystery!  On Earth, the Higher vibrations of intelligent energy and Higher Consciousness reach us through the wave transmissions of Galactic Center, the epicenter of the Milky Way.  The time frame, post-2012, has brought Earth into close alignment & affinity with Galactic Center.

Earth’s cosmic relationship to its Galactic Center is greatly aiding our awakening out of our socially-accepted consensus reality.  As we become Conscious, the thinking minds of our Collective Consciousness become attuned to a way of Higher living on Earth.  This Higher living is creating a new Golden Age on Earth where we can live our lives using our hidden god-like talents & abilities that have laid dormant for thousands of years.

Life emerges from nonliving material by “Intelligent Design”.  This disproves the Darwinist belief, which declares that life is created at random.  There is indeed a Higher intelligence behind all Creation, which reaches us in a 4-directions, as many Native Americans believe.

There is a “God”, aka Infinite Creator (The Great Mystery), who is always busy creating life with purpose & intent.  An Intelligent Design!

From researcher David Wilcock’s investigations we discover that evolution occurs in sudden bursts that reoccur in 26 & 62 million year cycles.  This is the result of energy waves gradually rippling out from the center of the Milky Way, which then transform all of the planets, suns and life forms along its path.  Thus, the center of the Milky Way is the power source behind the pulse of evolution and plays a vital role in influencing human DNA.

John Hawks, an anthropologist at the University of Wisconsin, has made an amazing discovery revealing that our DNA is evolving at an increasing rate.  He says that our DNA is evolving up to 100 times faster in the last 5,000 years.  He further says that “we are more genetically different from our counterparts of 5,000 years ago than they were from the Neanderthals 30,000 years before them.” Thus, according to John, “we have changed genetically more in the last 5,000 years than ever before in our entire history.”  Evolution is certainly speeding up thanks to the galactic waves of the Milky Way.

Recent DNA discoveries by scientists, Grazyna Fosar & Franz Bludorf, are suggesting that human DNA is akin to a biological Internet and superior in many ways to the artificial World Wide Web.  DNA appears to have the ability to produce magnetized wormholes which can make connections & communication between entirely different areas within the Universe, outside of space & time.  DNA can thus interact with information coming in from the cosmos and we can experience it as inspiration or intuition.

Grazyna Fosar & Franz Bludorf also point out that DNA can be influenced and reprogrammed by words (lyrics) & frequencies (sounds).  The genetic code in DNA follows the same rules as our human language, such as the rules of syntax, sentences, semantics and the basic rules of grammar.  So human languages did not appear coincidentally, but are a direct reflection of our inherent DNA.

DNA is our personal connection to the creative Higher planes.  The plane of existence, which we live on, is a creative one.  We are composed of intelligent energy in accord with “Law of One”.

The Human Body is a Temple

The great thing about DNA is the fact that it is formless.  As we change, DNA changes.  As we become Conscious, DNA reformulates.  This means that what & who we thought we were in the past, via our socially-accepted consensus reality, has no bearing to the present us who have been reformed via the influx of Higher Consciousness streaming in from Galactic Center.

We are beginning to wake up to the fact that we are Infinite Consciousness and our present body is just a temporary vehicle that allows us to operate inside the Third Dimension on Earth.  Although, we only have this vehicle for a finite period of time, we must understand that our body is a temple which is holy and must be held in the highest reverence.

The human body is a super computer, built by the Infinite Creator, with a technology that is far beyond the comprehension our consensus reality.

According to Harvey & Marilyn Diamond, in their New York Times best seller “Fit for Life” book, they state that your body performs quadrillions of tasks twenty-four hours a day.  “Not millions or billions, or even trillions, but quadrillions.  And not haphazardly, but with pinpoint perfection, carrying on all the metabolic and life-sustaining processes of your existence.  When we view the vastness of the human body’s faculties and processes, we must stand in awe of the enormous intelligence displayed.”

Harvey & Marilyn Diamond posed the following analogy, “Imagine eighteen thousand earths, each with four billion human inhabitants, and every last one of them acting in unison.  All have the same political beliefs, the same religious beliefs and the same intellectual beliefs, and all are working for the same exact goals.  This analogy, unbelievable as it may seem, is precisely what the trillions of cells in your body do every day.”

The world has now reached a population of over 7 billion people.  All of these people are installed with god-given technology.  7 billion human “supercomputers” are on sleep mode, yet the planet is in a state of unrest.  Thus, human potential, which is unlimited, has its hands cuffed behind its back, waiting for the chains to come loose and for sanity to prevail once again.  The human body is a temple and the time has now come for the human family to pay reverence to this universal truth before it’s too late.

Consciousness is here and it will restore the planet to its natural vibration!  Youth Culture become Conscious & Aware!  It’s your time! 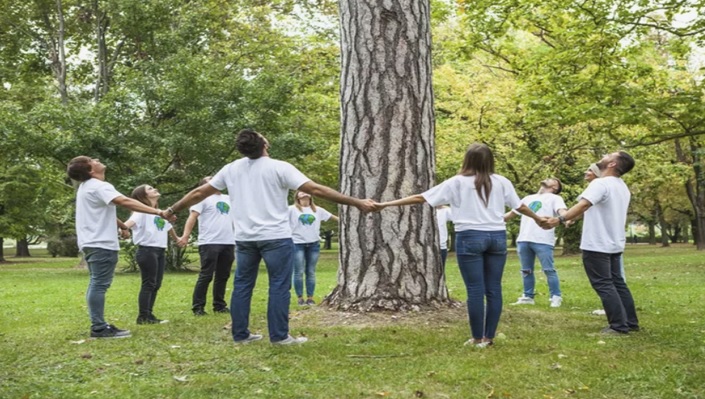