Skip to content Skip to main menu
Home › Tools › Hopi Elders speak out with a warning! Our time to act! [article] [YouTube] 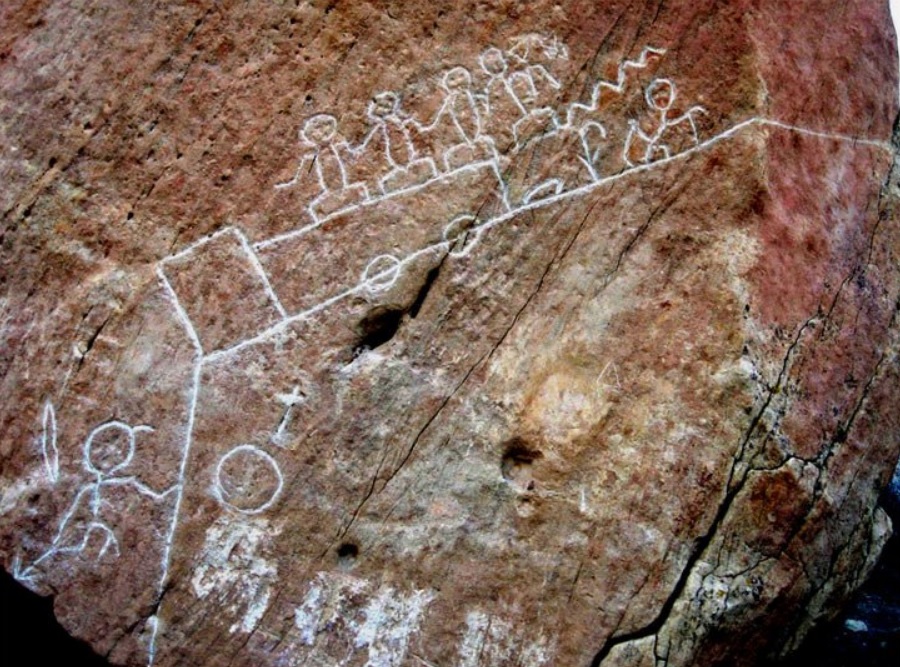 Hopi Elders speak out with a warning! Our time to act!

Note: Prophecies are road maps, with the intention of showing us what the future will look like if we don’t change our present behaviors & attitudes.

As the interview began, Grandfather #1 told Art Bell, “It is our time to bring forth the message into the world.  It has been taught to us by our elders, from way back.  That is why I have chosen to step forward and bring out the message today.  There are people out there who are leading two lives, who are there to stop us from putting forth the message, but it is the elders that taught us the wisdom, that are telling us to do this now for you and the rest of the world.”

Grandfather #2 (75 years old) disclosed, “Through the elder’s teachings & wishes, the elders wanted to let this become public at a time when we were close to the End Times.  So, I have decided to take this upon myself to let go of these things, in hopes that there would be a number of people that would understand & realize what is going on and start praying.  We are very close to it and we are, right now, going through hard times.”

In regards to Earth Changes, Grandfather #2, announced, “It is time for the End Times that was prophesized and through the dreams that were given to us also.  Through those dreams, we are learning that we are getting very close to the End Times.”

He went on to say, “The Earth Changes will take place in such a way, you know, that this whole planet, here, will become a different type of planet because of the changes in itself.  It has happened before, we went through these changes and we were taught that we weren’t supposed to go back to the same routine that we had gone through in the past life.  The corruption we went through in the past is the same as what we are going through today.  There is so much corruption, out there.  These are the things that lead us to the Earth Changes.”

Art Bell asked Grandfather #2 whether prayer or becoming spiritual in nature will stop the Earth Changes.  He replied, “It is not a matter of quick change.  If you wanted to change now and turn your life around with prayers, it will help a little with the alleviation of much terrible outcomes of cataclysms.  There is a lot in store for all of us and the intensity of this will be a lot less if we can all settle down and behave, and not be involved with the corruption.”

Grandfather #2 talked about prophecies that are on the horizon.  “We are going to come upon World War III, it’s coming, and starvation is definitely a part of this thing. The weather change, it’s erratic now, and it’s not what it should be.  This weather climate, itself, it’s actually taking care of the crops already in a way that we’re losing it.  That’s part of what’s leading us into starvation because the crops will not produce.”

Art Bell asked when the prophecies where predicted to manifest.  Grandfather #2 answered, “Well, it’s been said that there is no exact time & date for these things to take place but the year 2000 is a close approximation of the time that all of this will start to take place.  The teaching from the elders was that they talked about everything happening at once, but it will happen like a domino effect.”

Grandfather#2 went on to say, “It has been known that this had happened a long time ago, but in our prior world, it happened before, you know, the same things that we had gone through.  According to the teachings, we were not supposed to follow in the same pattern and were to keep ourselves from going astray from our teachings.  These weather patterns that we talked about, and cataclysms that take place, are not really set in order, but all the signs are out there.  Anyone can see that it is taking place and it’s only going to get bigger.”

Spreading the messages of Hopi prophecies & teachings has been difficult.  Grandfather #2 elaborated, “The children don’t really believe in anything, even what we’re trying to teach them.  They look at you but they have a different opinion about these things and they don’t believe us.  It’s hard to try to teach the young ones and even grown-ups, the adults, are in the same situation.  Corruption took place in the school systems and all over.  Corruption of the mind has led to the way we are going.”

Art Bell asked, “Could this be happening to us, also, because we have reached a fantastic level of technology and have changed from spiritual to materialistic human beings, where our technological knowledge exceeds our spiritual wisdom?”

Grandfather #2 replied, “Yes.  That is happening in today’s world!  We are misleading ourselves.  We are walking away from the spiritual, leaving only the material side of things.  This is happening to the Hopi Nation as well.”

Art Bell requested an explanation of what the Earth will be like after Purification is over.  Grandfather #2 had this to say, “Well, the outcome of this, after purifying time, the lifestyle will change, more or less.  Those people who have been working, you know, with the evil and the dark side are going to be eliminated.  Only those that are walking on the path of oneness and believing in oneness with a good heart, those are the ones that are going to continue.”

Grandfather #2 went on to say, “Togetherness is what will come about!  We are going to come back to what was once before.  Like what Adam & Eve came upon in the Garden of Eden, where everything will be flourishing, even the flowers and the vegetation.  Everything will be back to normal.”

Art Bell relayed a question from the audience.  “Given that we are in the End Times and that there will be much turmoil, violence, death and destruction.  Is there anything that we, the living, can do to prepare our souls for the long path that we will all walk down after our physical lives end?”

Grandfather #2 responded, “Our teachings that were given to us, we have strayed away from it.  So now, how are we supposed to alleviate many of the consequences that we have created?  It’s going to be too late for us to try to turn around and walk that spiritual path.”

“We were supposed to be on that path from way back.  We should have been changing ourselves quite a number of years back because it just doesn’t happen overnight, for a person to change, to walk a path, the chosen path.  Also, just overnight the Creator isn’t going to believe in you.  He has to look at you, you know, your heart is the thing that has to change and it’s not going to change overnight.  These are the things that are very hard for a person to change.  If you haven’t done it by now, it’s too late to start changing.”

At the close of the interview, Art Bell asked Ghost Wolf, “Grandfather seemed rather clear when he said that it is too late.  He said that quite clearly.  It is too late?  In other words, is it irreversible?”  Ghost Wolf replied, “Absolutely!  You can’t turn the path around, now, but perhaps what we can do is govern the way we walk down that path and the impact of what we hit.  As far as changing it and escaping it, there’s no escaping the eventuality, the realities that we’re going to be experiencing.”

Ghost Wolf closed the interview by saying, “I would hope that the people & Indian Nations begin to realize the importance of coming back to their spirituality and the need of the Earth and the children for us to wake up and to open up our hearts, again.”

Today, in the aftermath of this historic radio 1998 interview, we can clearly see the signs that the coming “Purification” is near.  The question remains; are we going to gather our nations together with one heart & one mind?  Are we going to soften the blow of the “purifier”?

Prophecies are road maps, with the intention of showing us what the future will look like if we don’t change our present behaviors & attitudes.  At this time, quantum leaps of consciousness are occurring in small but significant numbers.  Inter-tribal unity gatherings are blossoming!

Many are doing the dreamwork to co-create a brighter future for the next 7 generations.  Our destiny is ultimately in our hands to a certain degree.  Let’s do our part to turn the tide and make gentle waves.  We can do this! 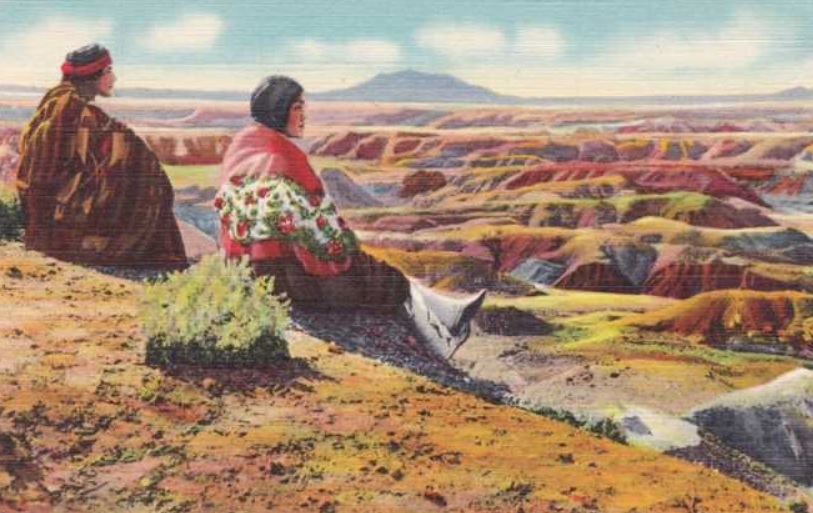