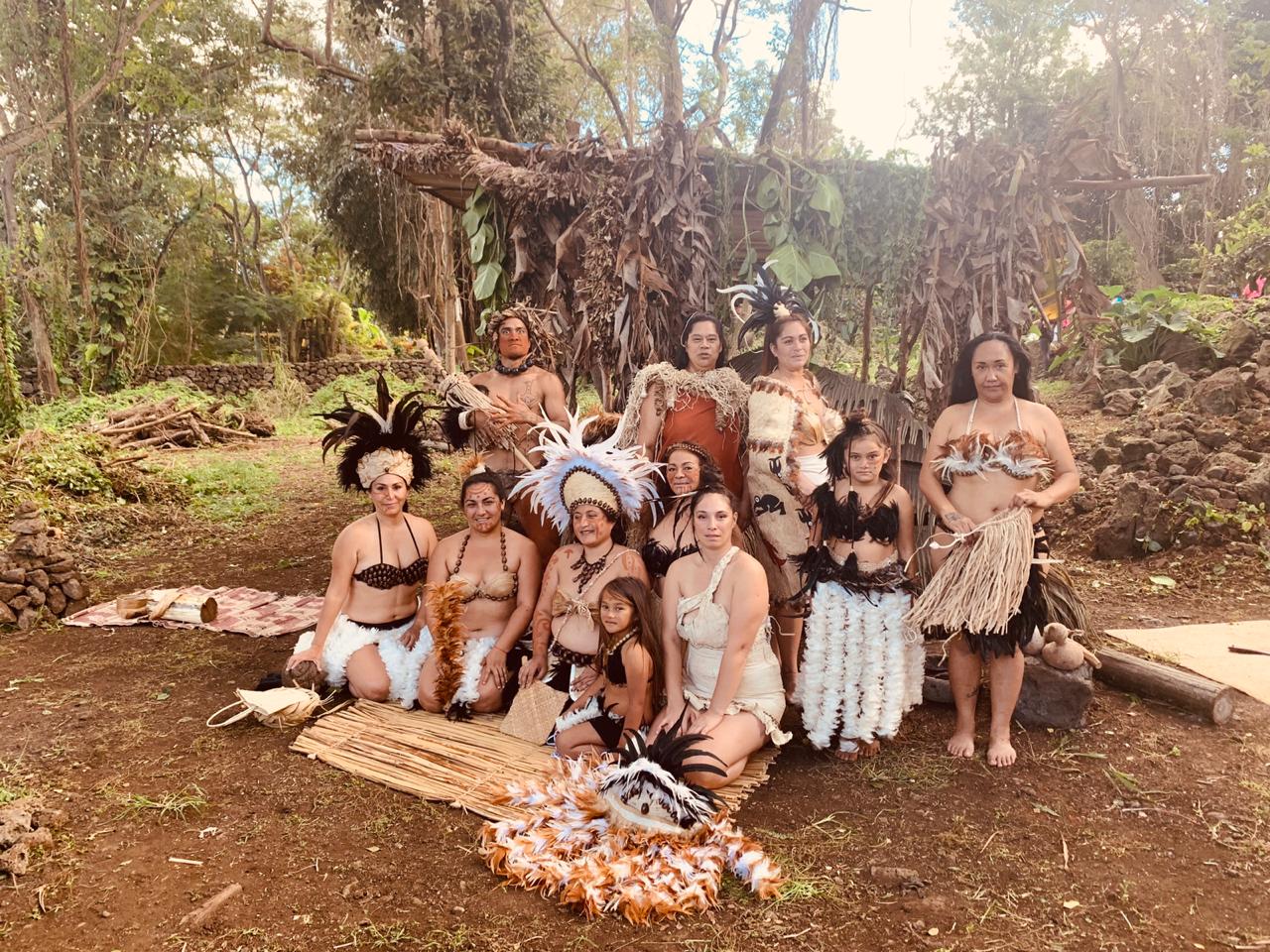 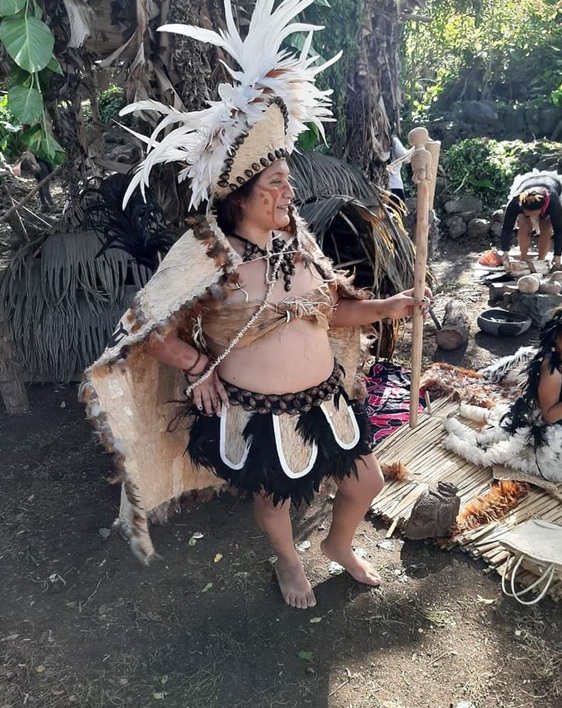 I had to learn things about my culture independently on my own, since we don’t have a university. Ever since I was young, my mother’s side of the family has always encouraged me to learn about Rapa Nui culture & history. My mother’s family are musicians and we keep some cultural traditions in our family, like Kai Kai, which is an oral tradition, accompanied with string configurations.

Our family’s desire to keep the culture alive and my love for dancing was always strong. My first dance was on a big stage was when I was 3 years old in the festival of the island called Tapati. I’m a proud member of the performing group Kari Kari.

In 2013 I realized that our native Rapa Nui language was in danger of becoming extinct. Among the youth there is fear of racism by the outside powers that continue to have influence over our island. Youth fearing to speak their native language triggered me into taking action, so I started to work on the Rapa Nui immersion cultural program of the island and help the language academy with their efforts to teach the youth. I love teaching our customs, ecology, dancing, Kai Kai and our native tongue to young people, ages 8 years old and up. We are keeping the Rapa Nui culture alive!

In 2014 when we started building the Music School of Toki Rapa Nui, which was founded by a native pianist of our island.

Toki Rapa Nui (NGO) seeks to protect the social, cultural and environmental heritage of Rapa Nui (Easter Island). It’s first project is the School of Music and the Arts. https://www.tokirapanui.org/

I have being traveling around the world to show people our Rapi Nui culture and to inform them that we are still alive as native people. I conduct workshops and give speeches.

Since 2015, I have focused on spiritual outreach to help youth, and myself, from feeling lost in this world. On the island, from a lack of our traditional indigenous knowledge, many youth are caught up in depression, drugs and alienation due to racism. They feel like they live inside a cage.

This condition inspired me to learn more about our Rapa Nui indigenous spirituality. I began the process of learning from our koros (traditional elders). 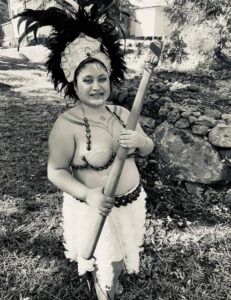 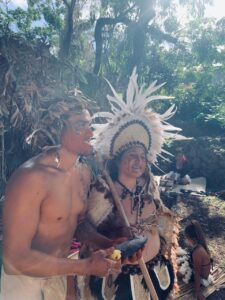 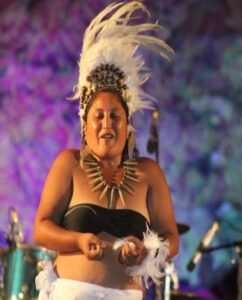 In 2016, I attended my first inter-tribal gathering, the Spiritual Unity of Tribes (Gathering of Eagles) in the Black Hills of South Dakota, in the United States. It was at this gathering that I met DJ Mackboogaloo (CYGM) who would later introduce me to the Conscious Youth Global Movement.

Inspired from the 2016 gathering, I attended my 2nd inter-tribal gathering, the Spiritual Unity of Tribes (Gathering of Eagles), held in Australia in 2018.

So… spiritual & cultural outreach is very important in my life. Assisting Rapa Nui youth in finding their native identity is my passion. I’m doing a lot of research to bring back our native legends thru Aꞌamu Tuai theater and Matariki, which is the new years for Polynesians. 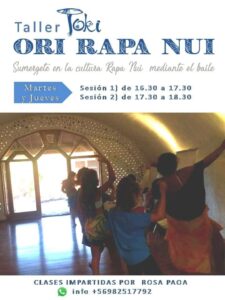 -Since 2004, performing in the Kari Kari group.

-2005 to 20012, dancing in many festivals outside of the island, and conducting workshops.

-2012 to 2015, working with the Rapa Nui immersion program and artistic teaching in the Rapa Nui Lorenzo school, also active with small festivals on the island.

-2016, attend Gathering of Eagles in the U.S., conducting workshops on a cruise ship (The Peace Boat) and became a first year teacher at the Lorenzo School.

-2017, performances at Toki festivals & workshops, and entered into the Rapa Nui Honga’a inmersion program, plus helping the language academy,

-2018 to 2020 pre-pandemic, attend Gathering of Eagles in Australia, became a Toki teacher, continue to assist at Hongaꞌa, conducted workshops in Europe, became a member of the group to bring the Moai hoa haka nana ia to England, and working on artistic project to revitalize the Rapa Nui spiritual identity and preserve the native language.

-2020 during the pandemic, pursuing research on the Aꞌamu tuai rapa nui story to be told through theater and assisting planning efforts for the Matariki Polynesian new year. 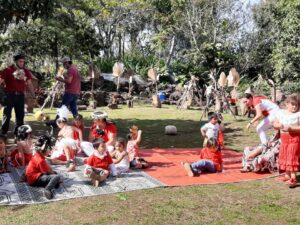 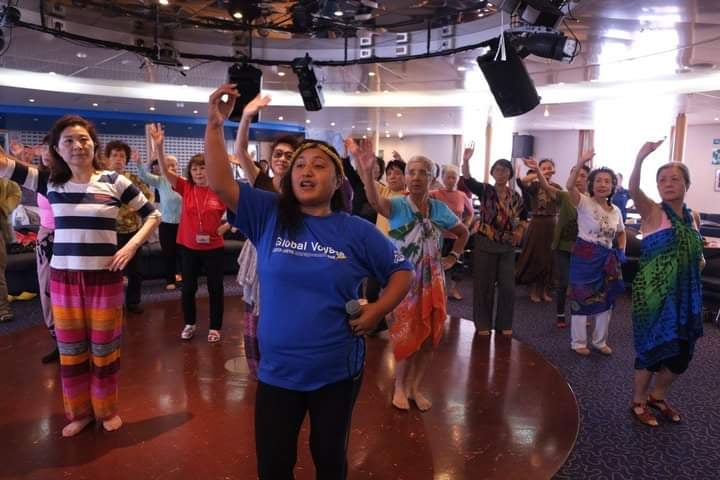 I look forward to working with the Conscious Youth Global Movement! 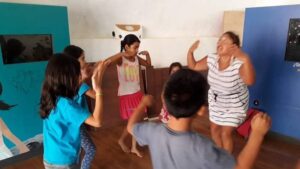 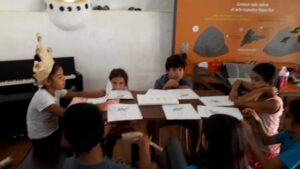