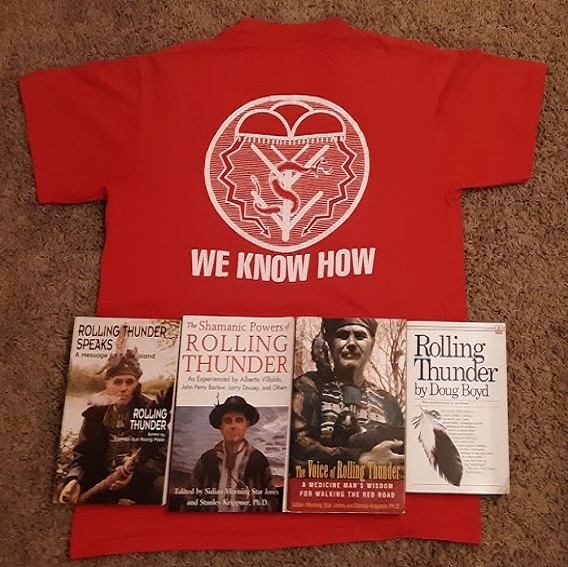 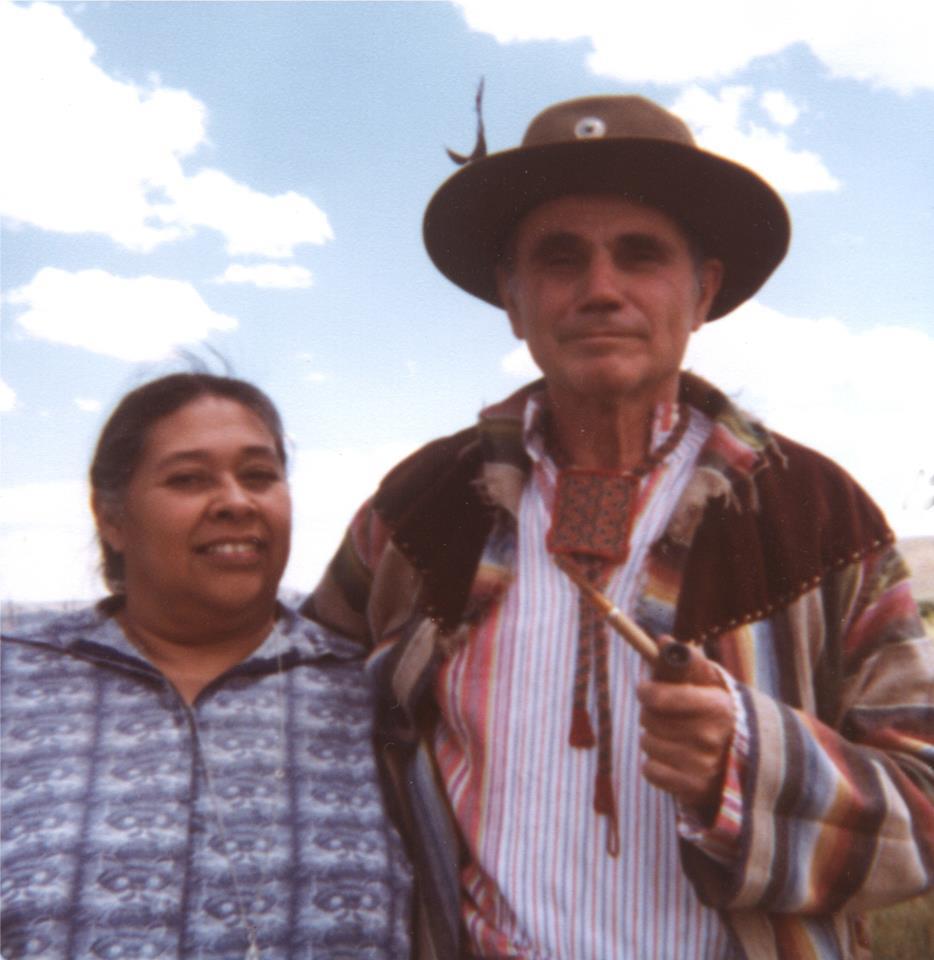 Rolling Thunder has been attributed with knowledge that includes the incredible power to cure disease & heal wounds, to locate and use medicinal herbs, to ripen fruit, to transport objects through the air, to materialize his forgotten (left behind) tobacco pipe into his hands, to control nature, to make it rain & thunder upon command, to communicate telepathically with other medicine men around the world, etc.

Rolling Thunder’s amazing medicine abilities were first recognized when he was young.  RT learned medicine, early on, from his grandfather who was a traditional Cherokee chief, the last great herbalist of the Eastern Band of Cherokees, who lived on the Qualla Cherokee Reservation of North Carolina.  His name was Aminitus (Amanita) Sequoia (Sequoya).

“Rolling Thunder would often say to me when I was young, ‘In your generation, you’re going to see the history of Native America completely re-written.’ We already have, and there is much more to come.“ -Blueotter (Cherokee)

Once Rolling Thunder married Spotted Fawn (Shoshone), his 2nd wife, RT began to learn the medicine ways of the Shoshone as well, which included his adoption into the tribe.

Around 1966, Rolling Thunder, Semu Huaute (Chumash), Craig Carpenter (Mohawk) and occasionally, David Monongye, Thomas Banyacya and Mad Bear, in recognition of the Whirling Rainbow Prophecy (predicting inter-tribal unity) reached out to the hippie counterculture emerging in San Francisco & Los Angeles.  This also attracted the support of the Grateful Dead, Bob Dylan, Joan Baez and other cultural icons of the late-1960s.

It was Doug Boyd’s ground-breaking 1974 book, written from the outside looking in, which first documented RT’s international journey following the path of indigenous medicine.  Several books have been additionally written about RT; Rolling Thunder Speaks: A Message for Turtle Island (1998), The Voice of Rolling Thunder: A Medicine Man’s Wisdom for Walking the Red Road (2012), The Shamanic Powers of Rolling Thunder: As Experienced by Alberto Villoldo, John Perry Barlow, Larry Dossey, and Others (2016).

Rolling Thunder had views on the need for wise stewardship of the earth that were remarkably congruent with those of western ecologists & conservationists.  He was also a spiritual activist!

Throughout his adult life, Rolling Thunder had devoted his energies to various Indian causes, such as opposing the Bureau of Land Management’s systematic destruction of pinyon trees on Shoshone Indian land and speaking out in defense of political prisoner/activist, Leonard Peltier, from the American Indian Movement.

Rolling Thunder was also active in inter-tribal unity efforts, along with his mentor & ally, Mad Bear Anderson (Tuscarora), who is considered to be the founder of the American Indian Unity Movement. 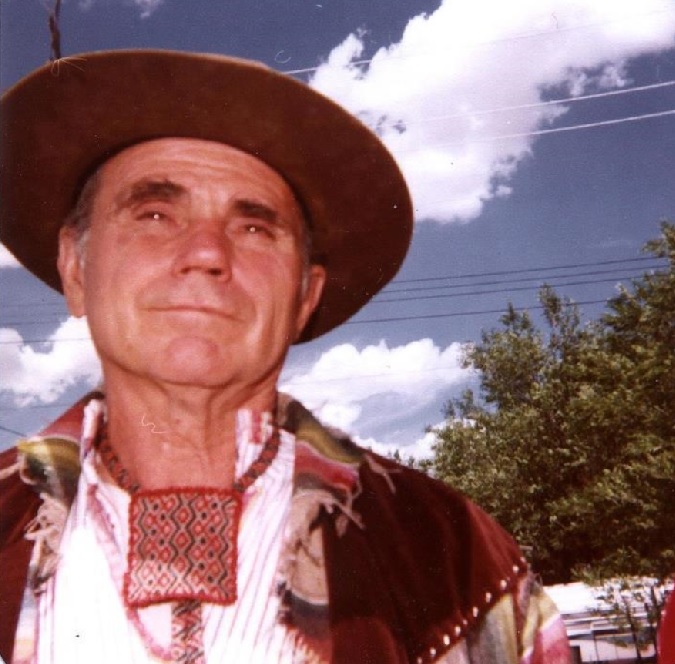